We are extremely proud of our portfolio of projects within a variety of industries. Our Project Case Studies demonstrate our breadth of capability and depth of expertise. Throughout each case study, we cover details of the project, the solution Fielders provided and the process both Fielders and their collaborative partners went through to achieve outstanding results with our suite of products and profiles. 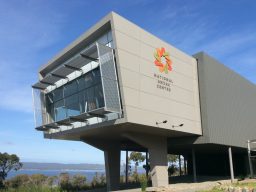 Located within Albany Heritage Park, Western Australia, the National Anzac Centre has been built to honour the Anzacs of the First World War. Fielders were commissioned by BGC Constructions to provide 180m2 of Finesse Prominence™ roofing and wall panels in COLORBOND® Woodland Grey, used as a main
focal point of the building’s exterior wall. 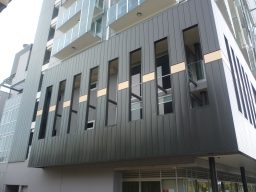 Located in the heart of Adelaide’s buzzing restaurant district, the $36 million Aria
Apartments development on Gouger Street is one of the CBD’s newest and most exclusive residential addresses. Fielders was contracted in partnership with
Alien Roofing to provide the contemporary Finesse Boulevard™ exterior cladding
as the façade of the cutting edge building, with the material lining the base levels of the building. 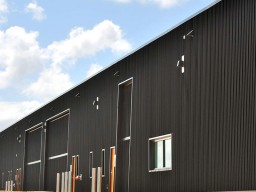 Located within Adelaide’s newly revitalised Tonsley Precinct, the $32.2 million South Australian Drill Core Reference Library was designed to bring together more than 7.5 million metres of drill core material, which was previously held at four different libraries spread across the state. 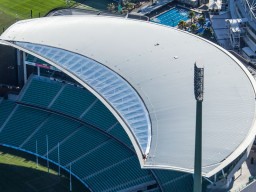 FreeForm™ hits a home run at the Sydney Cricket Ground

The curved roof above the $197.5 million redeveloped pavilion of the Sydney Cricket Ground was achieved with the Fielders standing roof profile, FreeForm™.

Providing 85% coverage for the new seating, the natural roof curve created by FreeForm™ synthesised with the ‘helmet’ style outline of the canopy and is a striking way to top off this world-class sports and recreation facility. 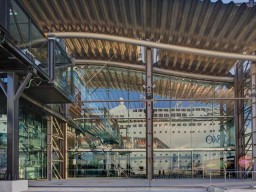 Making waves inside and out

The unique Fielders ARAMAX FreeSpan roofing material provides a complex wave shape and unique expressive V-shaped aesthetic that doubles as an internal ceiling of the terminal building. Having received significant industry praise, the development was awarded ‘Transport Winner’ at the 2013 World Architecture Festival in Singapore among many other accolades. 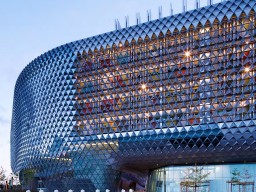 You can’t help but notice the South Australian Heath and Medical Research Institute (SAHMRI) building glittering in the north-western skyline of Adelaide’s CBD.

Fielders supplied KingFlor® KF57 structural formwork and KingKlip® 700 steel roofing for the admired $200 million development. KingKlip® 700 was selected due to its ability to deliver on one of the key features of the building, its uniquely curved roof design. 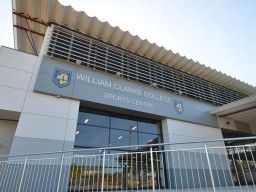 Roofing solution fit for a gymnasium

Fielders ARAMAX FreeSpan was selected as a combined roofing and ceiling solution for the $7 million redevelopment of the William Clarke College Gymnasium in Kellyville New South Wales.

The profile’s deep, expressive V-shaped aesthetic is one of the key architectural features of the new complex which was recognised with an Award for Excellence at the 2014 Metal Roofing and Cladding 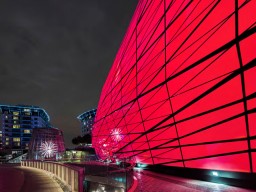 The long spanning capabilities and wide coverage offered by the unique KingFlor® KF70 design, provided not only considerable quality it also saved on preparatory costs. This world-class 3,000 seat entertainment venue is situated on the roof of the existing casino, offering sweeping views across Sydney Harbour and the city. 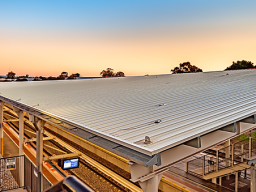 As part of South Australia’s Rail Network Electrification project, the $16.5 million Adelaide Showgrounds Train Station was built in 2013 to replace the temporary station constructed annually for the Royal Adelaide Show.

FreeForm™ was selected by the architect due to its compliance with the original brief of a standing-seam roof profile with clean, visible lines . The facility has been designed as a fully covered, weatherproof station to cater for new electric trains, with a striking overpass footbridge completing the design.

The $350 million redevelopment of the Adelaide Convention Centre in South Australia is set to boost the state’s economy by more than $1.92 billion over 25 years, elevating Adelaide as a true competitor on the global conferencing and exhibition stage.

With Stage 1 completed in 2014, Stage 2 of the centre’s redevelopment is currently in progress which replaces the original Plenary Building constructed in 1987. When complete in 2017, the facility will boast a capacity increase of 3,500 seats with state-of-the-art, world-class convention and exhibition space. 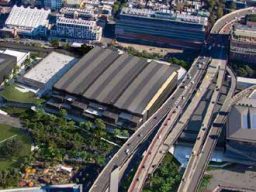 Currently in construction, the $2.5 billion Darling Harbour Live project in Sydney consists of various upgrades to the precinct including a new hotel, extensive retail space and brand new convention and exhibition facility. The redevelopment will replace the recently demolished Sydney Convention and Exhibition Centre.

With on-site works commencing early 2014, the urban regeneration will cater for the area’s 13.7 million annual visitors and is also set to provide a series of refurbishments to entertainment amenities on the 20 acre block. 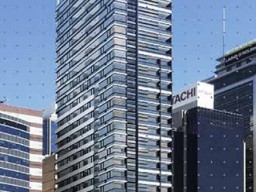 Currently in construction, Fielders has been contracted by Meriton, Enstruct and Tony Caro Architects to provide 20,000m2 of KingFlor CF210 decking at the luxury Meriton apartment tower in North Sydney.

Heralded a ‘game-changer’ for industry construction methods, the $200m development will be the first high-rise residential building in Australia to be constructed purely from structural steel, eliminating the use of the traditional concrete frame building method. 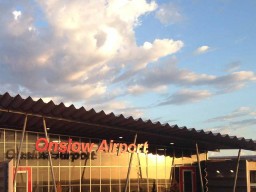 Opened in May 2015, the brand new Onslow Airport Terminal in Onslow, Western Australia, is a critical component to the Wheatstone gas project in the Pilbara region. The multi- million dollar terminal building was designed to effectively handle the heavy influx of workers to the booming resource hub in the state’s North West as flights to the region increase. 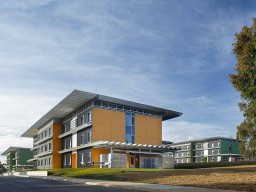 Built in collaboration with Hansen Yuncken and CSS, Fielders were contracted to supply the ARAMAX FreeSpan roofing profile for the New Living-In Accommodation Project at Puckapunyal Military Area in Victoria. The military base is a training facility for service personnel of the Army’s Armoured, Artillery and Transport Corps.

The $30 million New Living-In Accommodation project for Defence spans a floor area of approximately 11,800m2 and consists of six separate buildings with a total of 288 bedrooms and associated living areas. Fielders provided the ARAMAX FreeSpan roofing solution for each building. 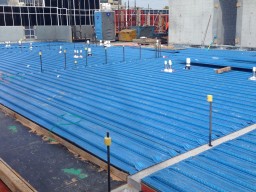 V by Crown is a world-class apartment tower currently under construction in Parramatta, NSW, offering sweeping views of the Sydney skyline and heritage parklands. The $309m residential apartment building is set to soar 29 storeys high and will be superbly finished with a luxurious glazed mirrored exterior. 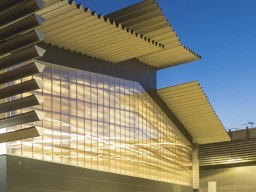 Completed in early 2015, Netball Central Sydney is the latest addition to Sydney Olympic Park’s portfolio of 47 world-class sporting and recreational facilities. The $27 million world-class facility represents the largest infrastructure investment in women’s sport in Australia and will be home to various world class matches. 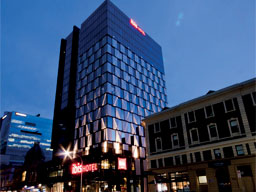 Located in the heart of Adelaide on Grenfell Street, the $65 million Ibis Hotel was constructed as one of the city’s premier hotel developments. When opened to the public the visually stunning hotel included 311 state-ofthe-art hotel rooms, plus a variety of food and beverage outlets and significant conferencing space.

Fielders were commissioned by Hines Property Group to supply 9,000m2 of KingFlor® KF57 structural formwork for the development which would be used throughout each floor of the 17-storey complex. 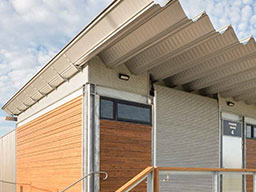 Officially opened in October 2015, the $1.97 million Laurimar Reserve Sports Pavilion located in Doreen, Victoria brings together the Laurimar community football, netball, cricket and basketball clubs under one roof, while also functioning as a meeting point for other local
community groups and social clubs.

Fielders was contracted in partnership with Vault Plumbing to provide 260m2 of Zinc ARAMAX FreeSpan 800 as the roofing solution for the contemporary sporting facility which began construction in February 2015.

The new building includes mixed change rooms and umpires’ facilities, accessible toilets and increased storage spaces for the clubs and community groups, as well as extensions to the existing canteen and spectator decking areas. 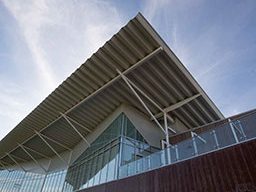 Located in regional South Australia, the Port Augusta Central Oval Community Sporting Hub underwent a $16 million redevelopment beginning in late 2013 and was designed to provide the community with a modern centralised sporting and event location.

Fielders were commissioned by Badge Constructions to supply 875m2 of ARAMAX FreeSpan roof sheeting as the roofing solution for the project which was completed in late 2014. 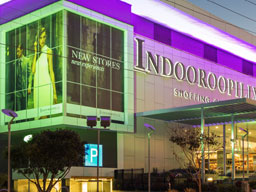 Throughout 2013, the Indooroopilly Shopping Centre in Brisbane underwent a major $450 expansion, adding a further 30,000m2 of retail shopping space to the existing 85,000m2 complex to make it the largest shopping precinct in the western suburbs.

Opened to the public in early 2014, the complex includes an expansive new mall and food court area with an additional 90 retail stores, plus significant car parking. The completed centre went on to win an award for “Excellence in food retailing – regional centres between 30,000 and 50,000sqm” from the Property Council of Australia. 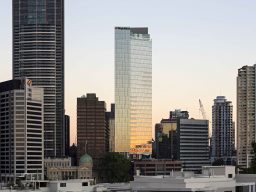 Standing at 36 storeys high, 480 Queen Street is located in Brisbane’s Golden Triangle within the city’s Central Business District. The structure is the first steel frame office tower to be built in Brisbane in over 40 years, adding to the unique characteristics of this project.

The $300 million complex is more than just a regular office building, being home to some of the largest Australian and International organisations. The building comes equipped with its very own childcare centre, gymnasium and restaurant as well as Australia’s first elevated public park.

Constructed from late 2013 through to late 2015, Fielders were commissioned to supply the building with 68,000m2 of Kingflor® RF55® steel sheeting, used for its strength and reliability as a flooring solution. 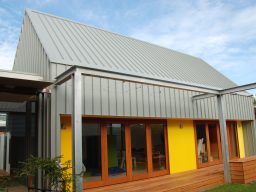 In 2016, Fielders were contracted to enhance the exterior of an inner-city residential project in Adelaide, South Australia – achieving an ultra-contemporary outcome.

To fulfil the architectural brief, our team supplied 450m2 of Finesse Nailstrip – 1 of 5 wall cladding profiles under the Fielders Finesse range. This profile was installed to cover the structure’s exterior to create a dynamic and contemporary finish for the environmentally-sustainable home. 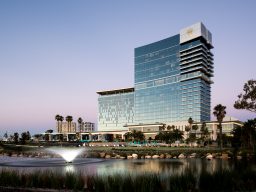 Fielders worked in collaboration with architecture firm, YWS, builder, Brookfield Multiplex, and engineers, AECOM and John A Martin on the $750 million, 500 room expansion of the Crown Towers Perth, which saw the complex become the first 6-star hotel in Western Australia.

Fielders KingFlor® KF70® was the solution of choice and specified by engineers AECOM for it’s cost efficient composite steel formwork system, due to its longer span, deeper profile and easy installation, in comparison to other existing formwork options.