Opened in early 2015, the world-class Netball Central facility is the new ‘jewel in the crown’ of Sydney Olympic Park, with our trademark ARAMAX roofing taking pride of place on the complex.

Last year, we brought you a few progress updates about our supply of over 12,000m2 of ARAMAX roofing and ceiling for the $27m Netball Central facility at Homebush in association with Scott Carver Architects and ProBuild.

We’re pleased to say that the building is now open to the sporting community with our unique V-shaped roofing profile providing extraordinary results inside and out.

Constructed throughout 2014, our roofing sheets were rolled on-site using the Fielders Mobile Mill and lifted onto the building by two spreader bars.

Take a look at our video which shows the process of installation:

The 141 metre sheets of ARAMAX roofing were designed to double as the internal ceiling of the netball courts and surrounding gymnasium areas, providing a great contrast to the building’s main structural element of Laminated Veneer Lumber (LVL).

The complex is the latest addition to the precinct’s 47 sporting facilities, further strengthening Sydney Olympic Park as the state’s premier recreational district.

Find out more about ARAMAX here. 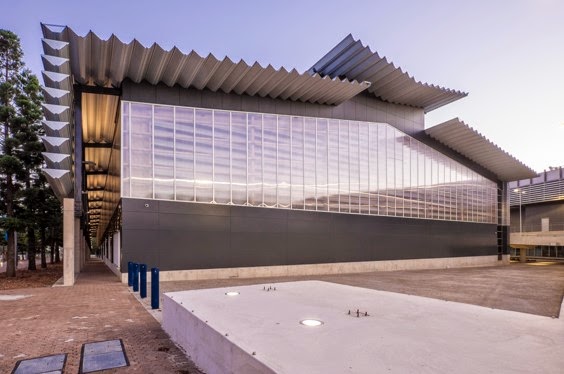 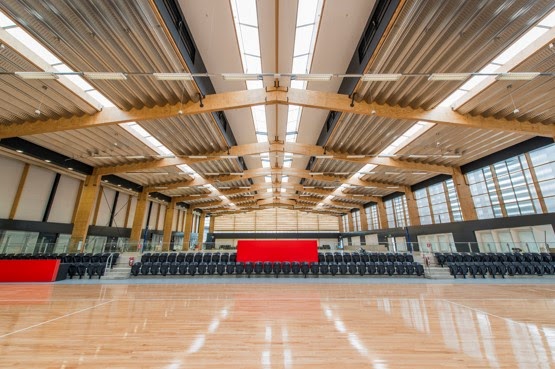